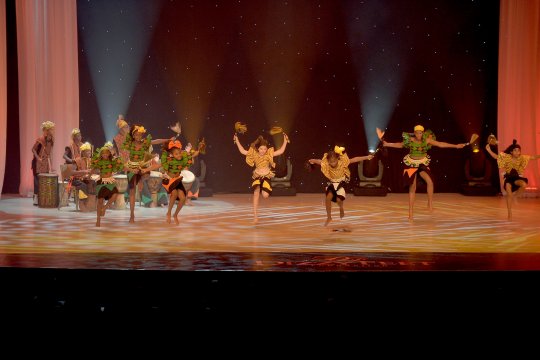 On Saturday evening July 28th, fifteen talented dancers and drummers from Young Audiences of Louisiana's 21st Century Community Learning Centers program at Woodmere and Lincoln Elementary Schools took to the stage of the Los Angeles Music Center in front of a crowd of 3,197 enthusiastic arts supporters. The Dizzy Feet Foundation, a non-profit organization founded in 2009 by Hollywood producers and choreographers Nigel Lythgoe, Adam Shankman, Carrie Ann Inaba and Katie Holmes to support, improve and increase access to dance education in the United States, sponsored the event featuring dance luminaries from stage, screen and television. Legendary actress Shirley MacLaine was honored for her lifelong contributions to the dance world.

In introducing the Young Audiences group to the stage, Hollywood director and choreographer Adam Shankman shared with the audience that "Young Audiences is the nation's first and largest arts-in-education network which assures the highest standards in arts education programming for over five million school children annually." He noted that when he auditioned the students during a recent trip to New Orleans, he was impressed that the Young Audiences program embodied one of his favorite goals of the Dizzy Feet Foundation, "…making kids understand a sense of self-esteem, a sense of confidence and a sense of community. I saw kids of every ethnicity working together for a common goal."

Apparently un-intimidated by the prospect of sharing the stage with the likes of Debbie Allen, Mandy Moore, Desmond Richardson, Derek Hough, and stars from American Ballet Theater, Alvin Ailey Dance Company and "So You Think You Can Dance", the children gave a spirited, professional performance and received a thunderous ovation from the crowd.

Following the experience, several of the YALA students exclaimed; "It was amazing"; "I was pumped "; "My legs were shaking"; "I wasn't scared because I knew we were prepared"; " We had fun!"

Not every Young Audiences student gets the opportunity to share the stage with Shirley MacLaine but every child deserves to have an education enriched by the arts. 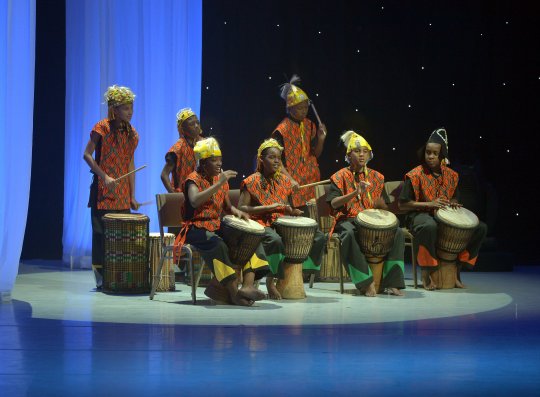 Mary Nass was elected to the National Board of Young Audiences in April 2003 as a Network Representative and has served as Vice-President of the Network Assembly.  She is Co-Chair of the Conference Committee and serves on the Network Policy and Executive Committees.  She has been a board member of Young Audiences of Louisiana since 1990. She served as Chapter Executive Director from 1982-1988. In addition to her work with Young Audiences, Mary has given her time and energy to several other New Orleans organizations.