This summer, three long-time executive leaders retired from their roles at the helm of Young Audiences Arts for Learning affiliates, leaving a strong foundation for the next cohort of leaders in arts in education. We celebrate the impact they have had on the field and countless children and youth across the country, over their combined 85+ years of leadership in the national Young Audiences Arts for Learning network.

JoEllen Florio Rossebo retired from her role as President and Chief Executive Officer of Arts for Learning Indiana in June 2021 after 25 years. Rossebo first joined the organization as Program Director in 1995, rising to the role of President and CEO in 2004. 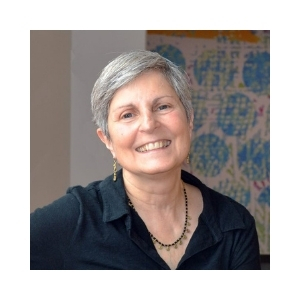 Over the course of her tenure with Arts for Learning Indiana, Rossebo expanded programming and community engagement reaching thousands of Indiana youth in 35 school districts and networks across 29 counties in the state. More than 15 arts in education programs were developed by Arts for Learning Indiana under her leadership, including Arts Partners, which was honored with Nuvo’s 2000 Cultural Vision Award, as well as Summer Arts for Youth, which received the 2008 Coming Up Taller Award from the President’s Committee on Arts & Humanity (an award that Rossebo accepted at the White House from First Lady Barbara Bush). Most recently, Rossebo led the implementation of the organization's most ambitious project to date, third space, an educational experience that temporarily disrupts the school environment through the installation of museum-quality works of art created by established local artists.

In recent years, Rossebo’s passion for providing all youth with access to the arts has helped establish Arts for Learning Indiana as the largest provider of arts education programs for youth in the state. Her leadership and advocacy earned her Indianapolis Business Journal’s Women of Influence Award in 2011. She also served as President of the Indianapolis Consortium of Arts Administrators from 2016-2018 and represented the Young Audiences Arts for Learning affiliate network on several national board committees.

On July 6, 2021, Rossebo handed off the role of President to Anya Aslanova, who brings over 20 years’ experience working in arts administration and leadership, marketing, fundraising, and program development.

After 27 years of devoted service as President and CEO, Marsha Dobrzynski retired from Center for Arts-Inspired Learning (CAL), the Northeast Ohio affiliate of Young Audiences Arts for Learning, in June 2021. 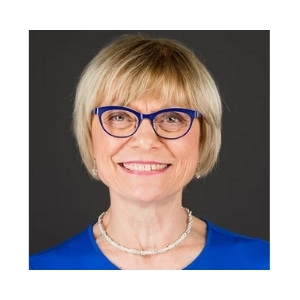 Since Dobrzynski joined CAL in 1994, she has been pivotal in the organization’s success and influenced the lives of thousands of young people and artists in Northeast Ohio. Her vision and commitment have driven CAL to become the leading advocate and provider of arts in education in the region.

Dobrzynski has led CAL through many opportunities and milestones over the course of her tenure. ArtWorks, a year-round multidisciplinary arts-based job training program for local teens, has hired more than 1,200 high school students since its beginning in 2005. In August 2014, Dobrzynski founded the Cleveland High School for Digital Arts, a partnership with the Cleveland Metropolitan School District. At this innovative high school, students and faculty immerse themselves in year-round, project-based learning with workplace internships, using the unique approach of integrating the digital arts with a college-preparatory curriculum in a digitally-equipped, open space design.

Dobrzynski’s many recognitions include: the 2004 Ohio Alliance for Arts Education Arts Education Administration Award; the 2007 Governor’s Award for the Arts in Arts Administration; the 2008 University Circle Inc.’s Joseph D. Piggott Leadership Award,  and the 2011 Cleveland Arts Prize Martha Joseph Prize for Distinguished Service to the Arts.

To honor Dobrzynski and her legacy, CAL established the Marsha Dobrzynski Tribute Fund, an endowment to ensure the organization’s youth programming will have the resources to grow for many years to come.

Dobrzynski passed the torch to Sheffia Randall Dooley, who officially assumed the role of CEO and President of CAL on July 1, 2021.

Rickie joined Young Audiences of Louisiana (YALA)  in 1987 when the organization served only New Orleans. Since then, the affiliate has grown substantially under her guidance and is now the largest provider of arts in education programs and services in Louisiana, impacting close to 100,000 children statewide. 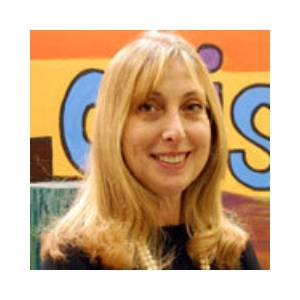 Although YALA's resilience was tested by 2005's Hurricane Katrina, Nutik and her staff - in partnership with other community groups - took on the challenging task of rebuilding a badly damaged education system. During her tenure, YALA received numerous awards including the 1997 National Young Audiences Chapter Achievement Award, the 2004 Mayor’s Award for Excellence in the Arts, and the 2007 Gambit’s Award for outstanding contributions to the field of arts education. In 2000, Nutik was selected by City Business as the Outstanding Professional in a Community Based Organization. Active in the community, Nutik served on the State of Louisiana Arts in Education Task Force, as well as the boards of the Louisiana Philharmonic Orchestra and Overture to the Cultural Season.

Another cornerstone of Nutik‘s career with YALA was the founding of Young Audiences Charter School (YACS), the only fully arts-integrated public charter school in the Greater New Orleans area. Founded by YALA in 2013, with support from National Young Audiences, YACS first opened its doors to Jefferson Parish students entering Kindergarten through Grade 3. Since its inception, the school has added one grade each year, now serving PK4-11 in Jefferson Parish and most recently expanding to serve PK-8 in Orleans Parish.

Nutik will continue her work with YACS, while Jenny James (formerly Director of Education and Programs) and Richard Bates (formerly Associate Director) will step up to jointly lead Young Audiences of Louisiana.

Over the coming weeks, we look forward to spotlighting Aslanova, Dooley, Bates, and James among YA’s Newest Executive Leaders!