Strong Connections Between the new NCCAS and CCSS: An Interview with Nancy Rubino of the College Board

Originally created in 1994, the National Core Arts Standards were completely revised to emphasize collaboration and communication – key components of the 21st Century skill set desired by employers and higher education. We had the great opportunity to interview one of the key NCCAS designers, Nancy Rubino who is on the NCCAS leadership team. Dr. Rubino is the Senior Director, Office of Academic Initiatives, The College Board. These questions were researched by Amy Charleroy, Director of Arts, Office of Academic Initiatives, The College Board. 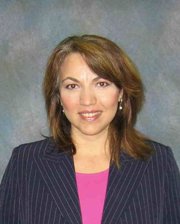 Young Audiences Arts for Learning: Extensive research was done on how the CCSS relate to the new National Core Art Standards. Many of the broad goals of the CCSS were identified to be key elements of the NCAS frame work. Which of these goals do you think has the strongest connection to developing a creative/innovative student?

Nancy Rubino: I don’t think that I’d classify one skill as more important than another, since all aspects of the creative process inform one another. The aim of the alignment study was to highlight the ways that the skills emphasized in the Common Core – the ability to analyze and interpret the ideas of others, and put your own ideas forward in a considered way, and to engage in the kind of flexible thought that problem-solving requires– are at the heart of authentic arts practice as well.

I should mention that we did an initial round of research in 2012, comparing the framework for the arts standards (since that was all that existed then!) to the Common Core, but we have revisited this work now that the standards are complete and will release a new report on the alignment between the arts anchor standards and the Common Core anchors. This will be publicly available by early July.  In this study, the areas of the standards that were especially strongly aligned with one another were:

YA: The NCCAS has four shared Artistic Processes: Creating, Performing/Producing/Presenting, Responding, and Connecting.  They share some similarities to the anchor standards for Reading, Writing, and Speaking and Listening Core Standards. The NCCAS emphasize communication skills, but was it also a conscious decision to relate them to literacy or perhaps create a notion of artistic literacy?

NR: The notion of artistic literacy is explicitly referenced in the conceptual framework that guided the creation of the national core arts standards – particularly in the language of the philosophical foundations and lifelong goals associated with the standards. In creating the NCCAS, the aim was not necessarily to promote textual literacy by way of the arts, but to define artistic literacy, and then provide tools (in the form of the research and ongoing professional development opportunities) that enable users to draw connections between what it means to be artistically literate, and mathematically literate, and textually literate.

Although these connections exist, at no point did the Common Core standards become a blueprint on top of which the new arts standards were drafted. The research that we produced was meant to emphasize the idea that if you dig to the heart of each discipline (ELA, math, and the arts) and look at the habits and abilities that are at their core, there are remarkable areas of overlap.

YA: When reviewing the Math CCSS, one of the main connections to NCCAS would be that they emphasize not only on how to solve a problem creatively, but how not to give up and to persevere. How does showing this grit relate to the creative process?

NR: It was a real highlight of our research to note how well the process-oriented language of the Standards for Mathematical Practice aligned with the descriptions of creative practice as they are defined in the standards. The new arts standards are full of these process-oriented terms – not describing the one-time creation of a singular finished, polished work or performance, but describing a cyclical process of idea generation, research and discovery, and continually revising and refining ideas and work. The Standards for Mathematical Practice note that students explain to themselves the meaning of a problem, solve problems using multiple methods, change course when necessary, and continually ask themselves “does this make sense?” And all of these habits are certainly at the heart of the creative process as well.

YA: The CCSS clearly state that the students should be using multimedia elements and technology. Did this directly influence the inclusion of the new fifth media arts discipline?

The mentions of digital media in the Common Core provide a strategic entry point for arts educators.  The CCSS encourage the use of “digital media and visual displays of data” to inform and enhance student writing and presentations. There is a great opportunity there for media arts teachers, working cross-disciplinarily and in their own classrooms, to connect to and build on this expectation – to use it as a point of departure for deeper and more meaningful use of visual and multimedia expression. What would it look like if students were expected to use multimedia tools not only to enhance or embellish the presentation of content that’s delivered in writing or orally, but as a parallel method for research, investigation, and expression of ideas?  Media Arts presents a robust and diverse aesthetic discipline in itself which utilizes writing, research, and mathematical computation in creative production.

YA: Thank you Nancy and Amy for taking the time to respond to my questions!