National Young Audiences Arts for Learning Week 2018 (YA Week) was celebrated across the YA Network from March 25 – April 7. YA’s affiliates across the country observed YA Week with a variety of special events, open classrooms, and other initiatives, to raise awareness of YA and the importance of arts-in-education. 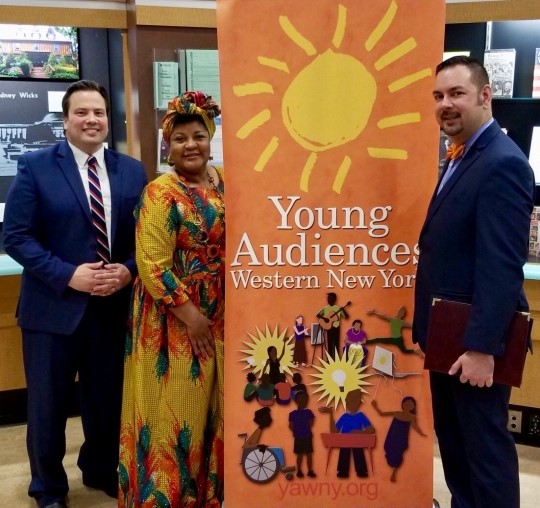 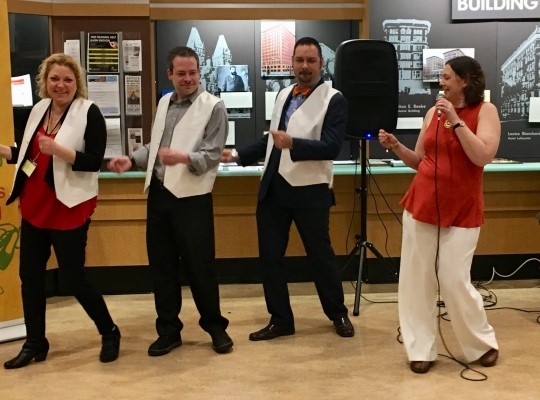 Young Audiences Western New York (YA-WNY), YA’s Buffalo, NY-based affiliate, kicked off YA Week with a press conference on March 27. “Young Audiences Week showcases the strong impact of the arts on education and we are excited to celebrate with the children and families we serve,” said Michael Weidrich, who joined YA-WNY as Executive Director earlier this year. The event also featured guest speakers Mary Jean Jakubowski, Director of the Buffalo & Erie County Library, and Paul Kubala, Erie County Deputy Commissioner of Youth Services.

YA-WNY’s YA Week celebrations were also recognized by several prominent government officials and congressional stakeholders. Proclamations marking YA Week and acknowledging YA-WNY’s work in the region were received from New York Senator Kirsten Gillibrand, New York State Governor Andrew Cuomo, Congressman Brian Higgins, Erie County Legislator Barbara Miller-Williams, as well as each member of the Buffalo Common Council. “It is with great pride that I stand today to recognize Young Audiences of Western New York specifically during National Young Audiences Week,” Congressman Higgins said. “This celebration serves as a reminder of the importance of arts-integrated education in developing students for the coming challenges of America’s ever-changing workforce.”

YA Week celebrations in Buffalo continued April 2 – 7 with a diverse offering of free programs, including workshops and performances, held at the Buffalo Downtown Library. Among the programs was “Building Character through Caricature,” a workshop that brings the world of cartooning and comics straight to the classroom. Teaching artist Jeremy Stock guided participants through activities that explored techniques in the realms of caricatures, character development, and visual story telling. Another highlight was the workshop “Ancient Voices,” presented by teaching artists Ringo Brill and Steve Baczkowski, who bring the sounds of ancient music to life, connecting students to global indigenous musical traditions while teaching them about the physics of sound vibration.

We are ecstatic that so many Buffalo students were able to celebrate YA Week with us and thrilled by the many well-deserved proclamations received by YA-WNY! 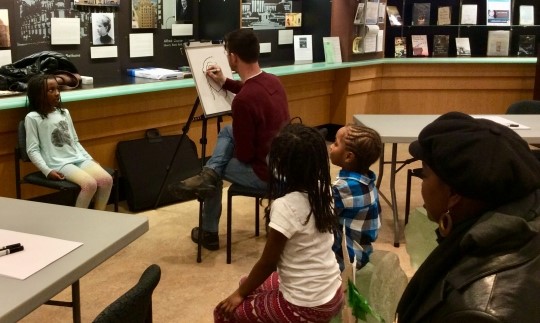 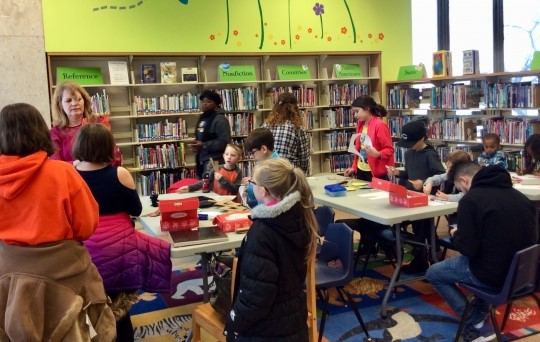